Skip to content
Previous Next
Does Your Playground Reduce Bullying?

Does Your Playground Reduce Bullying?

A recent study from New Zealand suggests that the design of a playground could have an impact on the levels of bullying reported within a school.

The study followed children aged between 6 – 9 years old in 16 schools over a period of two years. Eight of the selected schools received a modified playground that encouraged risk-taking behaviours, whilst the other eight schools acted as a control group – keeping their existing playgrounds.

At the end of the two years, it must be noted that there were more reports of pushing and shoving and possibly physical bullying at the schools with the modified playgrounds. However, children who attended schools with risk encouraging playgrounds were 31% less likely to report feeling bullied.

Although not involved with the study, Sarah Clark, co-director of the C.S Mott Children’s Hospital National Poll on Children’s Health at the University of Michigan noted that “too often, parent’s inclination is to remove anything that could be potentially risky and push schools to do the same – but that inclination works against kids developmental needs to use play as a way to challenge themselves.”

You can read more about the study here.

Encouraging risk taking in a playground can be a lot simpler than you may think. Tires and trim trails surrounded by safety surfacing such as rubber mulch or wet pour can give the children a sense of risk whilst absorbing any impacts should they fall. 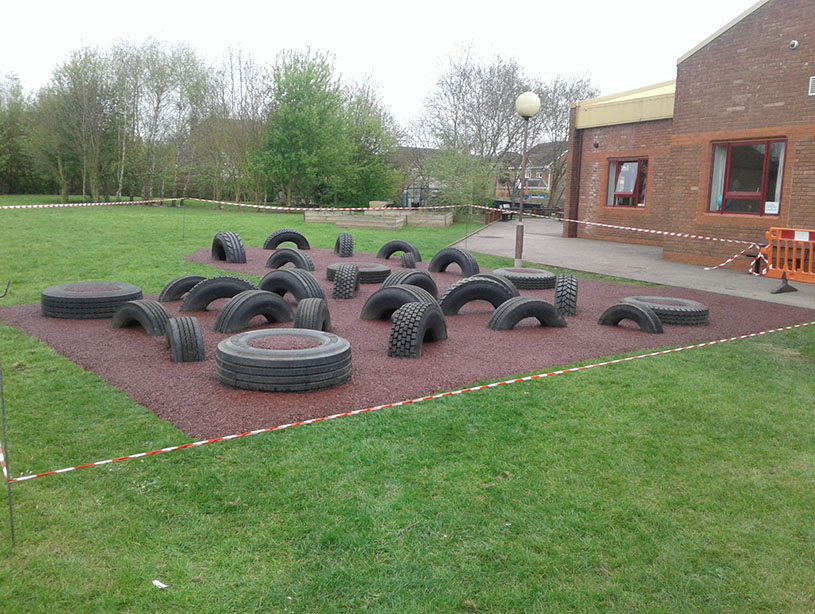 To discuss further options for your playground contact us today.