Skip to content
Previous Next
Top 10 Playground Games for Schools

Playground games have been around for decades. Back in June, The Guardian claimed that the children in England are the least fit they have ever been.  Playground games are a fun and cost-effective way to keep kids physically active both at school and at home in the backyard. Here are our top 10 favourite playground games to keep kids entertained at very little cost!

Hopscotch is one of our most popular playground games incorporated into our rubber wet pour. Having said that, no two designs are ever the same! Here are some designs that we have previously installed 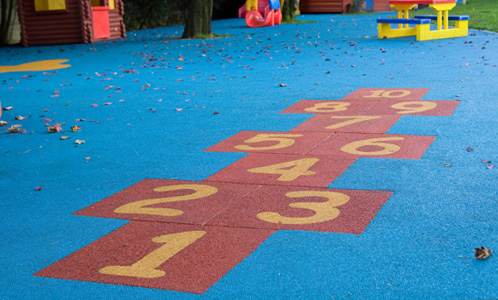 Another cost effective playground game is hot potato. Organise the children into a circle in the school playground and pass a ball around whilst singing your favourite song. When the song ends, the pupil left holding the ball is out.

Targets can really stimulate the imagination in the playground. Stepping back and throwing bean bags towards the centre of the target can create an activity for one pupil or many pupils. 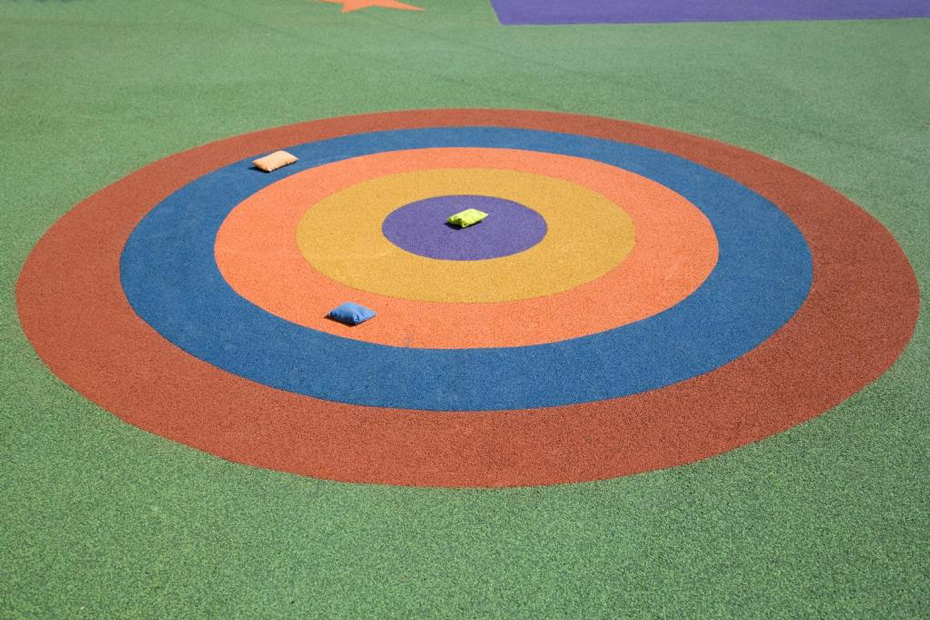 Another use for a target is Marbles. This is a great game for two or more players. Place a bunch of marbles in the centre of the target then sit outside of it but make sure each player has one marble in their hand. The aim of the playground game is to roll the marble and knock the marbles in the centre out of the target which then become that player’s marbles. Once the centre is cleared, the pupil with the most marbles wins.

With a group of pupils, split them into two teams at either end of the playground. Create a line in front of them which they aren’t allowed to cross. With each child armed with a soft ball, the aim of the playground game is to hit your opponents with the balls. The last person standing is the winner!

Puzzles are a great way to take education outdoors as they create curiosity. Tricky puzzles can also be great for team building! Here’s one that we incorporated within our rubber safety surfacing 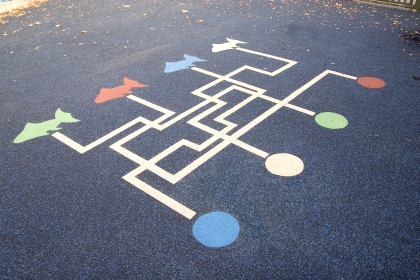 Another old school classic! This game can be played by two players to however many you like! One person closes their eyes whilst counting to 30, whilst the rest hide. The aim of the playground game is for the seeker to find the hiders.

Just like puzzles, mazes are great for problem-solving activities. Here’s one that we incorporated within our rubber safety surfacing. 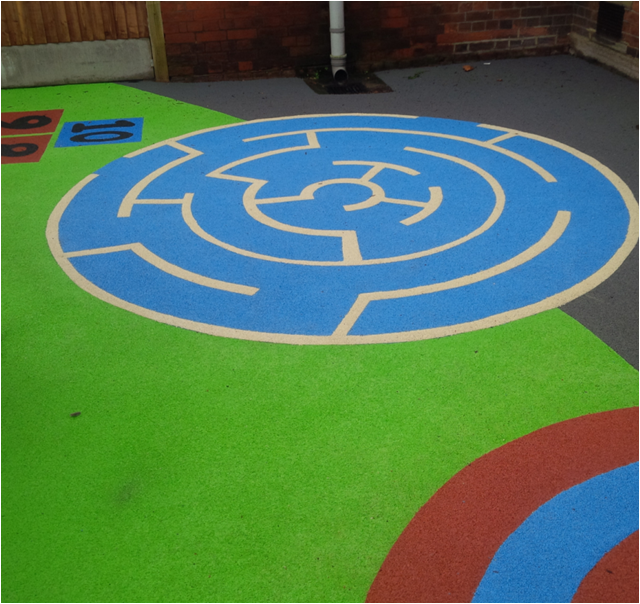 Last but not least, this has to be the ultimate playground game! With many variations of this playground game, you can change the rules to make it unique for your playground. Here are some of our favourite variations.

We’d love to hear about your favourite playground games! Feel free to comment below with your variations and we’ll share the best suggestions!

Don’t forget though, accidental trips and falls are likely to happen in the playground, so make sure you’re happy with the safety of your surfacing – if you’re in doubt, contact our team of experts who can advise you of your options.