Skip to content
Previous Next
The History of the Hopscotch

The History of the Hopscotch

It is believed that the Hopscotch was first recorded back in 1677. However, there are many theories to how the popular playground game came about. Some say the Romans invented the game in order to train their army, whilst others claim that it was the Chinese who first played it.

How Hopscotch is Played Around the World

Today, hopscotch is recognised in UK playgrounds as a simple game that can be enjoyed solo or in a group. A stone is thrown into one of the square number spaces for the child to go and pick it up by hopping through the boxes. This physical game allows children to practice balance and improve their motor skills.

However, hopscotch is played around the world in many variations. The French version, Escargot (also meaning ‘snail’) is a spiral design with no ‘end’ – just like a snail shell. 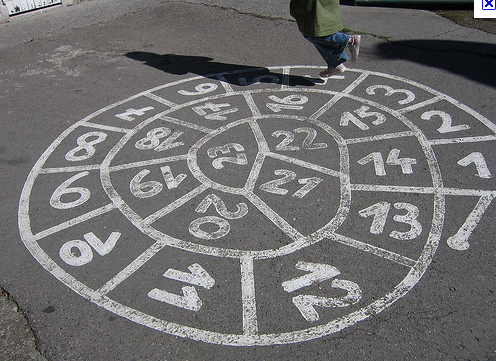 New Yorkers have a similar version to ours, but is known as Potsie and is drawn out using preformed cracks in sidewalks.

In India, hopscotch is known as Stapu or Kith-Kith and is played similar to in England. However, it may also be recognised as Ekhat-Dukhat, but only features two squares. 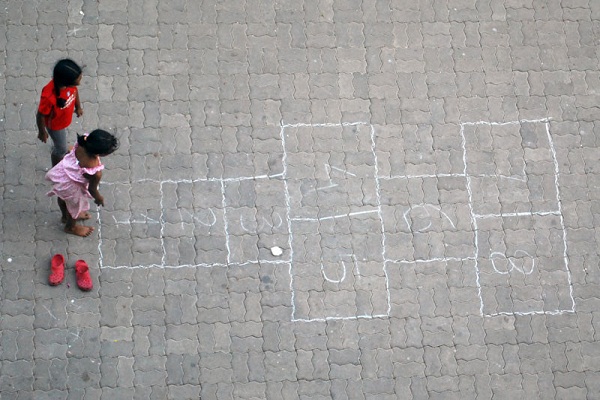 Germany, Switzerland and Austria know the game as Himmel und Hölle (Heaven and Hell). The space before the first number is called Erde (Earth) whilst Hell is the second to last square as the last square is heaven with the aim of the game is to not land on hell.

Hopscotch is still a popular game in the playground. We offer a permanent solution for the activity. During wetpour installations, we can install a preformed hopscotch featuring numbers. They are a popular design element for schoolyards and look great on either black or coloured wetpour surfacing.